The LaGarde Law Firm is a family firm that will treat you like family. You can trust our attorneys to treat you with compassion and respect.

A material breach of contract (sometimes called a “total breach”) is a failure to follow through on a contract in a fundamental way, such that the agreement is deemed “irreparably broken” and the purpose of the contract is defeated.

Any breach of contract may deserve legal attention, but only a material breach permits a party to cancel the contract. If you are involved in a contract dispute, contact the attorneys at the LaGarde Law Firm.

Attorney Richard LaGarde is double board certified in personal injury and civil trial law by the Texas Board of Legal Specialization. He has over 30 years of experience in handling personal injury, wrongful death, and business claims in Texas and Louisiana. He is the former President of the Houston Trial Lawyers Association and the Houston Chapter of the American Board of Trial Advocates.

Learn more about our attorneys. 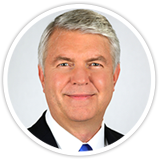 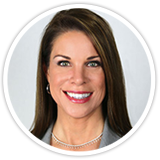