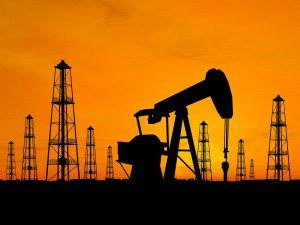 The United States is experiencing an oil boom.  As with every boom, hucksters are busy designing clever schemes to steal money from eager oil and gas investors.

Federal officials recently accused Halek Energy, LLC with swindling 300 investors out of nearly $22 million in a Texas oil and gas project.  The company’s CEO, Jason Halek, settled with the Securities and Exchange Commission by agreeing to a $50,000 fine and to repay “ill-gotten gains.”  A Fifth Circuit Court of Appeals ruling recently affirmed that Halek and two of his companies, CBO Energy, Inc. and Halek Energy, should disgorge $21,452,137 in “ill-gotten profits”.

Just this month, the SEC filed charges against Chimera Energy Corp. alleging that Chimera was falsely claiming to have contracts with Pemex, the state-owned Mexican oil company.  In addition, the SEC alleges that Chimera made false claims that it had developed a revolutionary and environmentally friendly technology that would replace the controversial hydraulic fracturing method of extracting oil.  The federal Complaint charges that Chimera was involved in a classic “pump-and-dump” scheme to inflate its stock price and to cheat investors out of their money.

Attorney Richard LaGarde believes that investors can protect themselves by being skeptical.

“Many of my clients have been victims of fraud in the oil patch.  Here are some red flags I’ve seen in the past:  Fraudsters often form a limited partnership in State 1, acquire leases or drill wells in State 2, and use unsolicited high-pressure phone calls or e-mails to make offers to investors in State 3.  By doing so, they minimize the chances that an investor might drop by to inspect a well site or the company’s headquarters.  Additionally, hucksters tend to make ‘too good to be true’ promises.   Hang up if someone calls you from a ‘boiler room’ and promises that an investment in their well will be a ‘sure thing’ because the driller has never drilled a dry hole in the area, or a big oil company is about to drill a well next door.  Beware of claims that you need to act quickly because there are a limited number of working interests left in the well.  If it sounds too good to be true, it’s very likely fraudulent.”