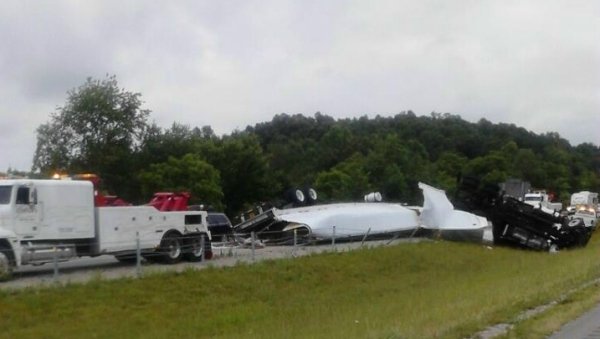 A new government proposal would require commercial trucks and buses that cross state lines to have electronic devices that measure the length of time the vehicles are in operation.

The proposal is the latest development in a lengthy effort by safety advocates aimed at preventing accidents caused by fatigued commercial drivers staying behind the wheel for too long. In 2012, Congress directed the Obama administration to issue regulations requiring the devices, and the recent proposal from the Federal Motor Carrier Safety Administration is a step toward fulfilling that mandate. But the wait is not over, as it often takes years for proposed regulations to be made final.

The FMCSA says the devices could prevent 434 injuries and 20 deaths each year.

In fact, most large trucking companies already use the devices, which make it very difficult to misrepresent driver hours by companies and drivers who would put profits ahead of safety. They are required equipment in many foreign nations. But many smaller trucking companies and independent truck owner-operators oppose the requirement. In the face of stiff competition and tremendous pressure to deliver their loads quickly, they may be sorely tempted to skirt the law by forging their driving logs, an easy process when paper logbooks are used.

The Owner-Operator Independent Drivers Association says it is conducting a review of the proposal, but issued a statement calling attention to the limitations of the devices. The American Trucking Association, on the other hand, released a statement welcoming the proposal.

Many trucking accidents are caused by truck drivers staying behind the wheel when, for any of a host of reasons, they should not. If you are injured in a collision with a commercial vehicle, speak with an attorney as soon as possible.