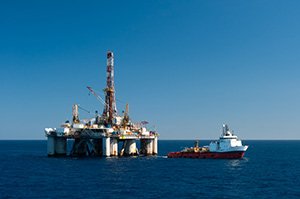 Prior to 1920, seamen were not permitted to sue their employers for injuries suffered on the job. The Jones Act was passed by Congress to allow workers to sue their employers, as well as ship owners and the owners of other offshore vessels such as jack-up and semi-submersible drilling rigs. A worker who makes a claim under the Jones Act must prove either (1) negligence on the part of the owner, operator, officers, or employees of the vessel or, (2) that the vessel was “unseaworthy” (e.g., by a defect in the vessel or its equipment, etc.). If an injured worker can establish a claim under the Jones Act, he may be entitled to compensation for his injuries including lost wages, past and future medical bills, living expenses (including his mortgage, utilities, food, and transportation). LaGarde Law Firm represents injured offshore workers in both Louisiana and Texas. If we can help you, call us toll free at 1-866-LAGARDE (1-866-524-2733).